It has been several years since Extra Cover has undertaken the building of a house. Our focus has been specifically on education for quite a while, but when it came to Hiruni’s house, we had to make an exception. 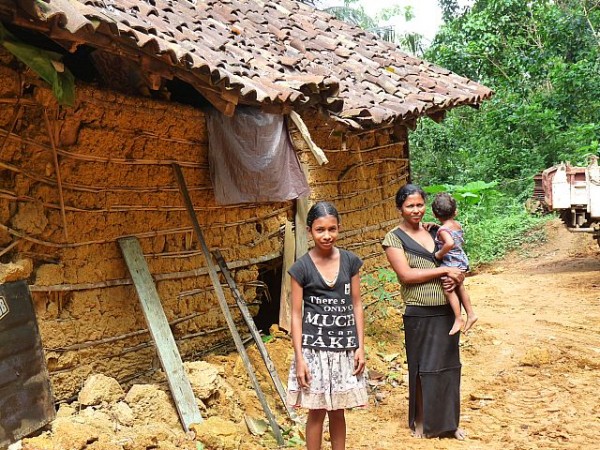 Hiruni was a pupil at the now closed Mahalapitiya School and won everybody’s heart with her bubbly nature and lopsided grin. 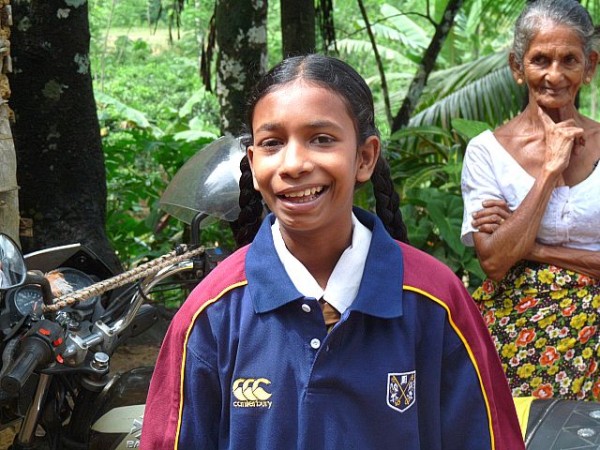 Hers was a story we had heard before, but exacerbated by tragedy: her mother Priyanthi had three children, all with different men (all who have since left her) but the middle child drowned when he fell into the village well – a well that we had suggested should be protected by a fence. And when the school closed, Hiruni now has to travel, at some expense, to a school half and hour away. Times are tough for Hiruni’s family.
Though immaculately tidy, their wattle and daub house is a shack and about to collapse. Newton confirmed that there was no opportunity for Priyanthi to move elsewhere, and that the situation was indeed dire. And so we agreed to build a simple, functional house on the small piece of land adjacent to their current hovel. 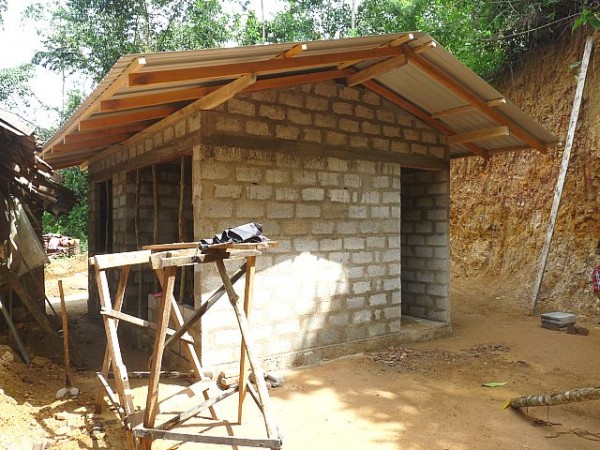 This July, while Robert was out in Sri Lanka with the Brighton College pupils, we built the house. We hired Damika, the self-styled “boss man” of the village, to oversee construction, and he ensured that the bulk of the work – from the arrival of the digger to lay the foundations, to making the main door from a mahogany tree in the garden – was done in less than four weeks. 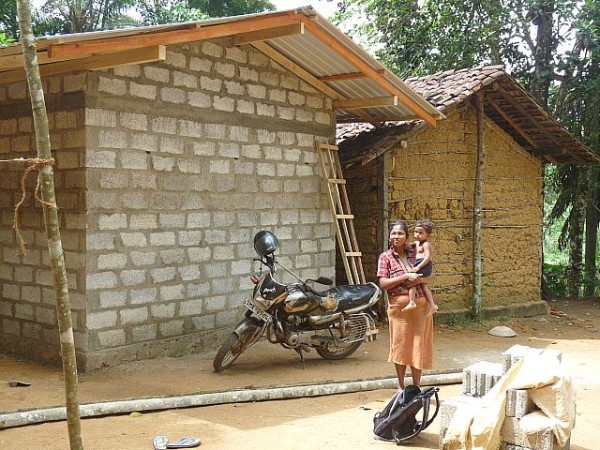 A small extension to accommodate a kitchen is yet to be completed, but Hiruni and her family now have a sturdy house to call their own.