How do you build a house? For the uninitiated, like Robert, you get a blueprint and start form the ground up. Well not quite. While the foundations are certainly the first thing to be installed, the next thing on a builder’s to-do list is actually the roof. While out in Sri Lanka this past July, Robert checked on the progress of the construction of the house for Hashan and Heshan and their family. 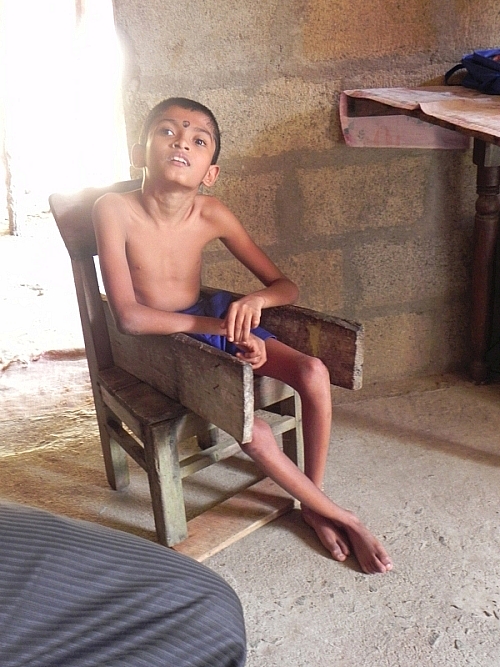 Hashan and Heshan are brothers, and both suffer from cerebral palsy, and both are pupils at the Navungala Special Education Needs unit, which (bar the senior teacher) is resourced entirely by Extra Cover. 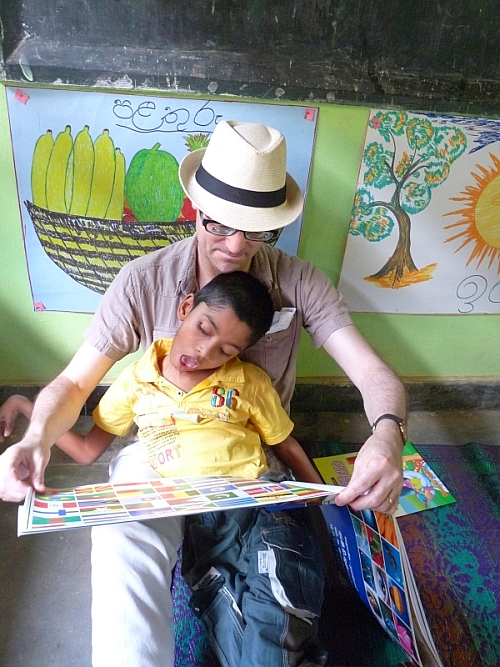 Heshan with Robert at school

Last year Matthew and Jill and Robert visited the boys at their home and were shocked at the conditions in which the two boys (and their four year-old younger brother) were living. Their home was nothing but a concrete shell and while their mother kept the place as clean as a whistle and as neat as a pin, it was utterly unsuitable for boys in their condition. 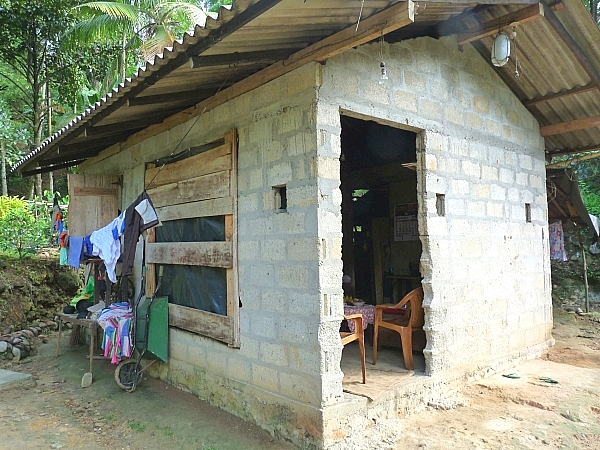 Unable to walk, they spent most of their time on a bed, damp with urine, staring up at the ceiling. There was no bathroom to speak of, no privacy whatsoever and a big tarpaulin-covered hole where there was meant to be a window. Extra Cover decided to build the boys a simple house that would cater to their physical needs. 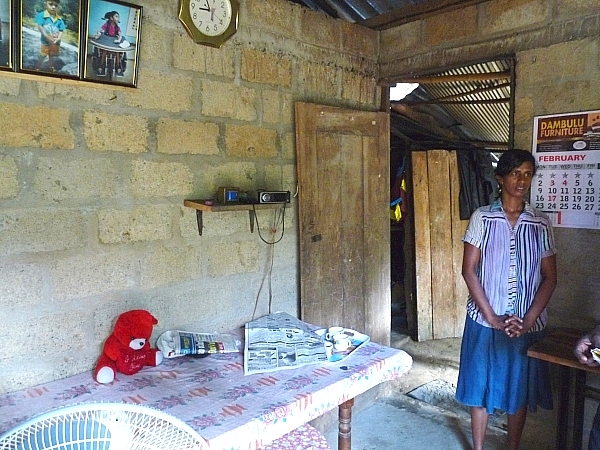 This summer Robert found that the washroom – so important for the two boys given their disabilities – had not been finalised, and that curiously an extra door had been added to the plans for reasons of superstition. Newton and his son Angelo helped to confirm the dimensions and requirements of the washroom, and ensured that the roof would have no asbestos, even though this increased the costs by two hundred pounds or so.
There were promises that the building would be habitable by the end of July. Given the recent heavy rains, however, it may now be the end of August before the two boys, their younger brother and parents can move into their new home. It will have been a long wait – but ultimately worth it.