A rainy weekend in Darlington may not be at the top of anyone’s get-away lists, but it proved a genuine highlight of the year for Robert when he had the chance to introduce the work of Extra Cover to a group of lovers of speed. The Ferrari Owners Club of Great Britain hosted a “Competizione” at the Croft Circuit on June 26th and 27th, where various makes of the Italian car sped around the 2.1 mile track at bewildering speeds. Thanks to Matthew’s friend and fellow menswear retailer, the racing supremo Gary Culver, Extra Cover was nominated as the charity for the weekend. 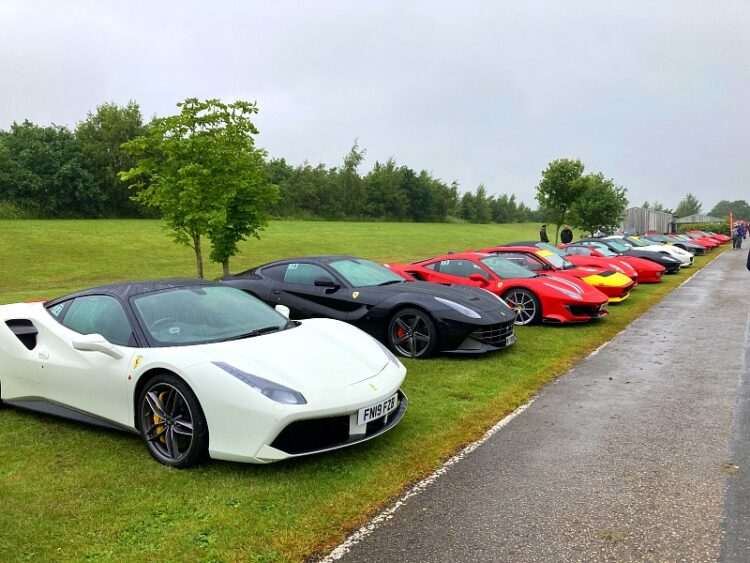 As well as several races for Ferraris, there was an Alfa Romeo Championship and the Northern Saloon and Sports Car Championship, in which makes such as Caterham 420R, Lotus Elise, Marcos Mantis, and even a Honda Civic competed to complete the laps at a staggering average speed of about 75 mph. 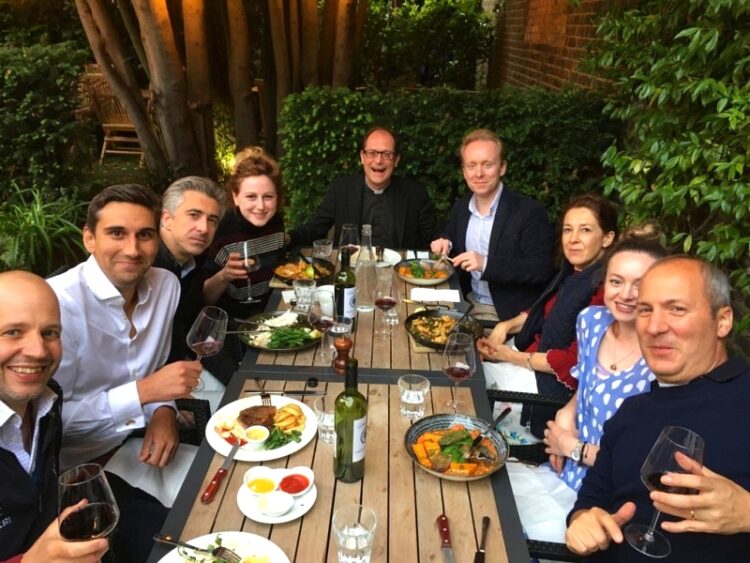 At a drinks event on the Friday night, and before an auction on the Saturday evening, Robert gave an overview of the charity. More money was raised on the Sunday, when several drivers agreed, for a donation, to allow someone to sit in the “passenger seat.” Gary very kindly gave Robert the opportunity to sit alongside him in his Ferrari 458 Challenge for a few laps, during which Robert learned (quickly) that going fast is hugely exciting, but slowing down and then suddenly accelerating around a corner is even more so.
Thank you to Gary and the Ferrari crew, and Dave Goddard the race commentor, for being such genial and generous hosts to the latest convert to the smell of burning rubber and the sound of spraying gravel in the wheel rims. 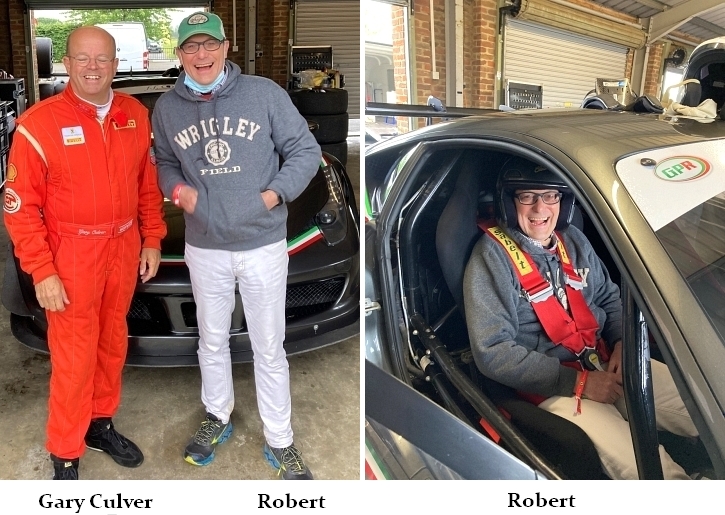 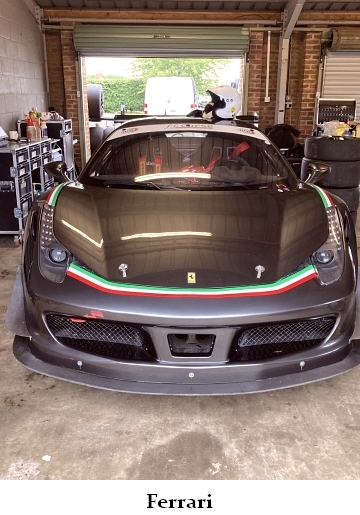