Forget the Ashes. The cricket match of the 2015 season was held at East Brighton Park in early August, when three teams competed for perhaps the ugliest trophy in sporting history. 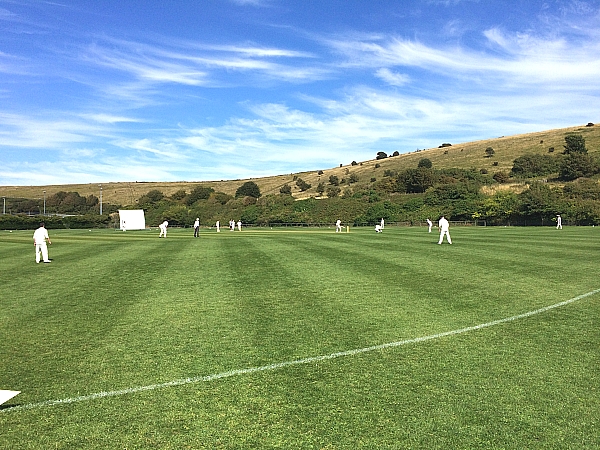 Two Brighton pubs (The Round Georges and the Hand in Hand) and a group of Guardian newspaper contributors fielded sides in a triangular contest for the much coveted Extra Cover 20-20 Cup. Given the fitness levels of some of the players, the games were reduced to fifteen overs per team.
The quality of cricket was curate’s eggish – excellent in parts – but the bonhomie, fuelled by terrific barbequed food and a couple of small barrels of beer, was without equal. The Round Georges emerged victors and all three teams agreed to return next year for an even bigger “bash”. 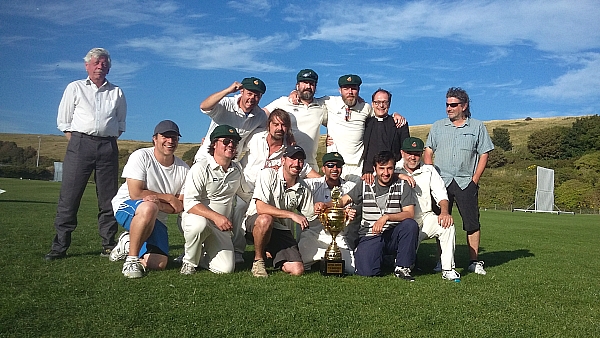 Entry fees and a raffle raised the total for Extra Cover to nearly £1000, and thanks must go to Dom Jones and Stuart and Mo Samson for their wonderful work in organising such an enjoyable, family-friendly and slightly surreal day of cricket. 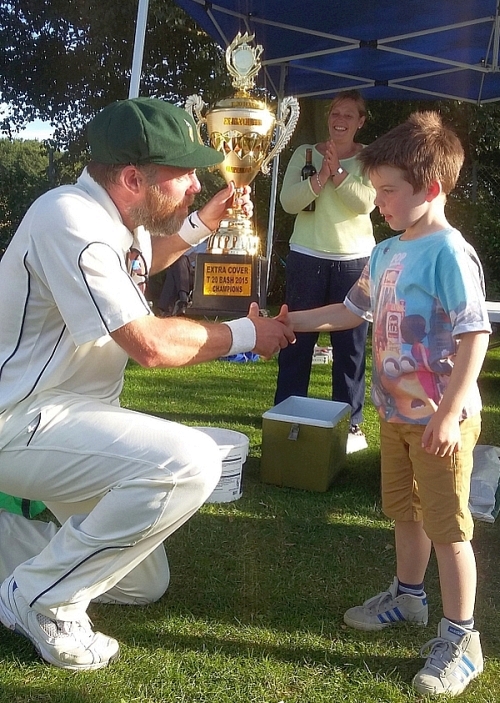