Watahena Junior School is a “difficult” school – so labelled by the Galle Education District because of its inaccessibility. To get there this July, the pupils from Brighton College had to get out of their van and travel the final teeth-rattling twenty minutes by tuk-tuk. They arrived to find that five large teacher desks, paid for by Extra Cover, were being delivered that very morning, much to the delight of the hard-working teachers who until then, had had to use small tables for all their marking and other administration. 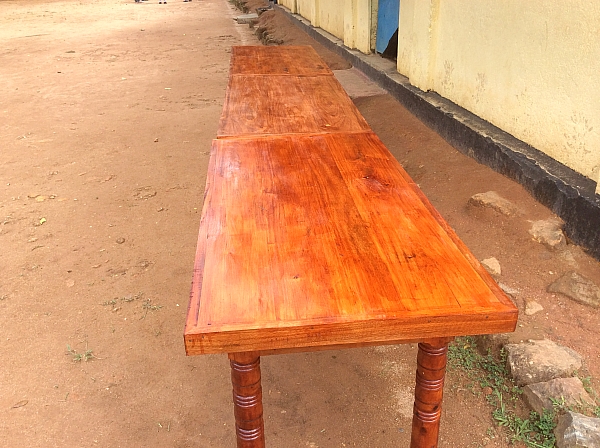 Robert spoke to a teacher about the diet of the children. The teacher explained that the pupils rarely ate any meat (chicken or fish) because it was simply too expensive for their parents and, as such, they were deprived of crucial protein and nutrients. What, Robert asked, would be the cost of providing chicken to every child one day a month? The answer was approximately 5,000 rupees (£25.00).
The first ever “Chicken Day” was held at Watahena on July 30th, the final day of term. The 35 pupils ate “chicken fried rice”, each getting their own drumstick. Individual houses at Brighton College have volunteered to sponsor chicken days from September to December. 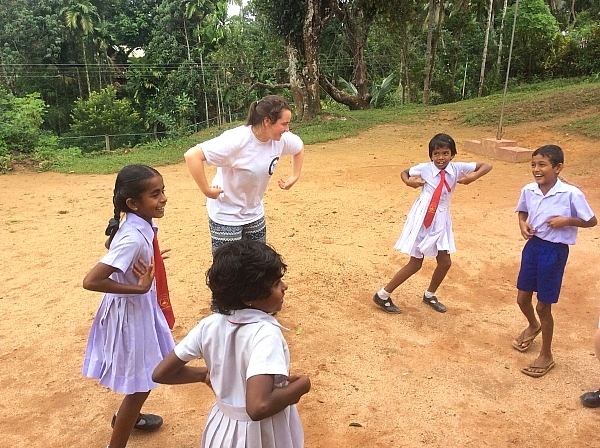