Magic happened this March when a group of young men and women from The Met College in Brighton visited some of the Extra Cover schools. For the second year in a row, the wonderfully generous Fonthill Foundation sponsored the costs of 16 students – all of whom have had difficult childhoods – to spend twelve days teaching, playing sport learning about charity, while in Sri Lanka’s interior. 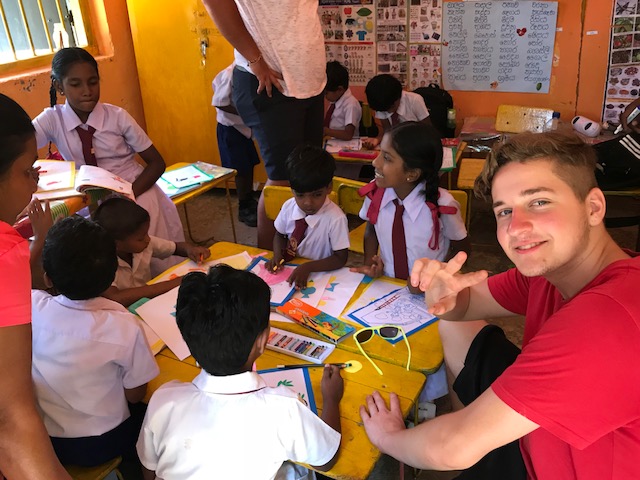 Coordinated by Robert, the students and five staff visited Special education units for children with disabilities, painted the outside wall of the VTC (Vocational training centre) in Panangala, did morning exercises and worked alongside the students of the Suhada VTC, and taught in a number of primary schools, including Bembada and Nawala where, as usual, there was an insane cricket match and where, as usual, “we” lost. 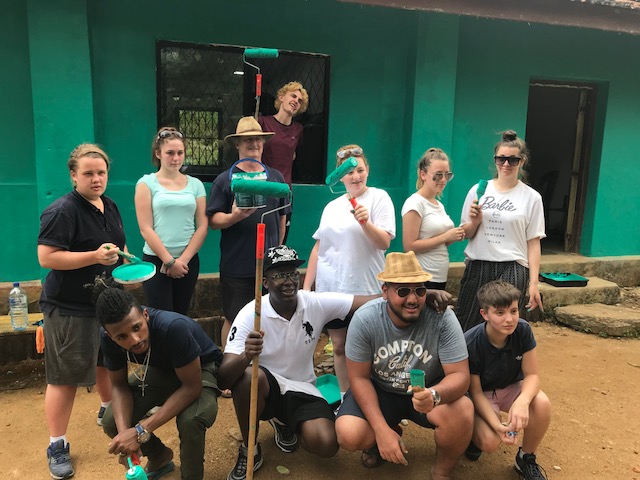 What makes this a magical trip is the fact that both the students from the Met, some of whom were refugees from as far afield as Eritrea and Afghanistan, and the Sri Lankan children, are all vulnerable. All of them have been dealt a poor hand of cards, with poverty, danger, abuse and neglect just some of the difficulties these youngsters tragically have in common. 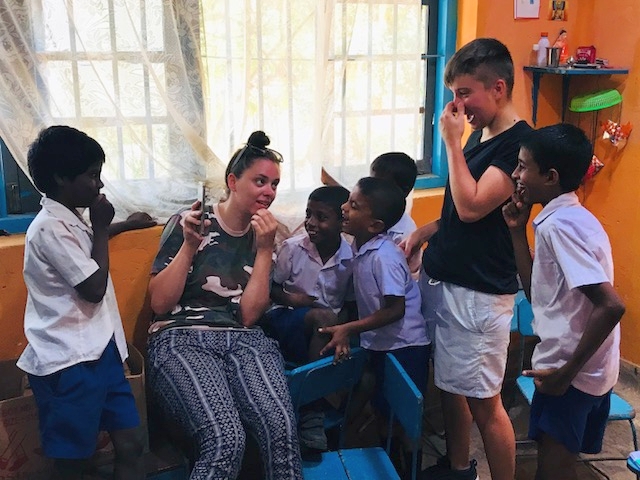 On their return to the UK, the Met students reflected on their time away … and for some it was seismically life-altering. “It was amazing,” said Care Student Sam Bates. “I feel I have changed [children’s] lives, which is the most rewarding thing. I will remember it for ever. Josh Scourfield, who hopes to join the army, enthused how “it was amazing seeing all these kids smiling, and teaching them maths and English.”

The horrific stories of the refugee students – from torture to having their dinghy overturned in the Med and being left to drown – brought a healthy dose of perspective to what we Extra Cover is doing. Extra Cover is trying to make a difference to a world that is sadly infused with callous greed and violence – we are endeavouring to make the world a happier and safer place, one child at a time.