Nine year-old Tharindhu has been attending the Special Education Needs unit at Naungala since its inception, and it has been the making of him. 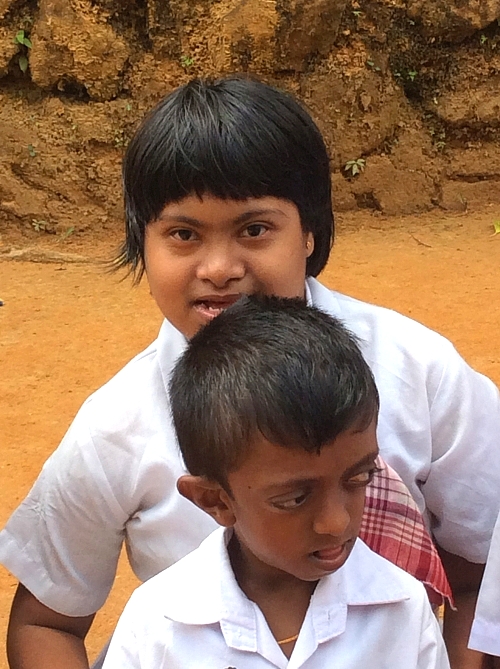 His mum, Pradeep, says that he has grown massively in confidence, to the extent that earlier this year he spoke for the first time. That’s the good news. 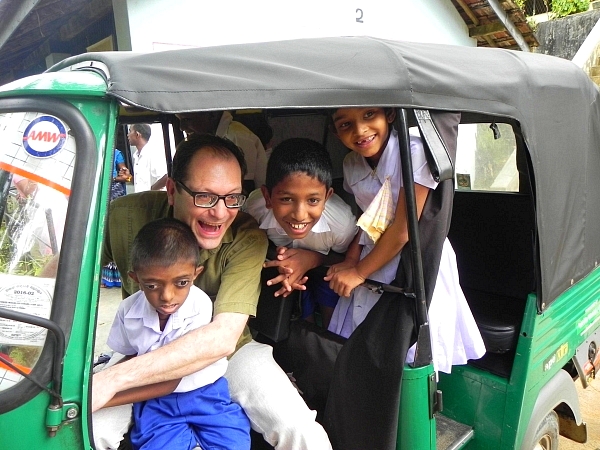 The not so brilliant news are the hardships that Tahrindhu and his family have undergone. First there was their house – more like a shack in fact – a one room dwelling in which Tharindhu and his parents (and their pet cat!) shared a bed. The construction was basic, and when it rained, the whole family got drenched. 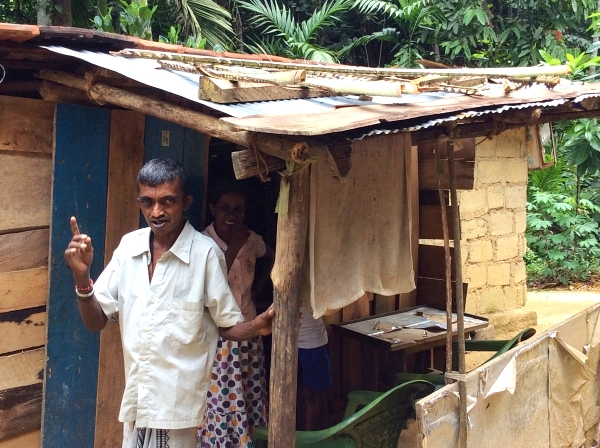 But thanks to an extraordinarily generous donation, Extra Cover has been able to build Tharindu and his family a home – 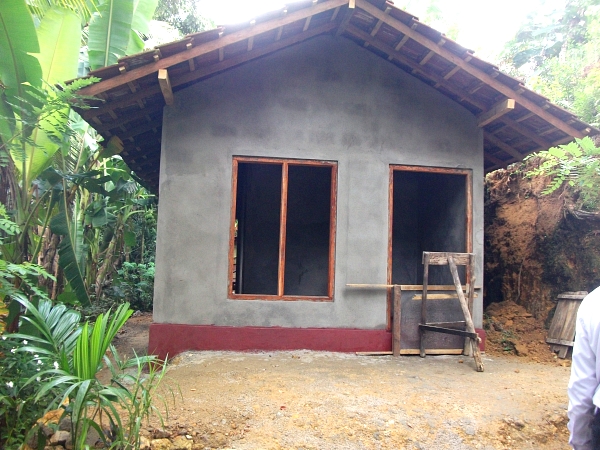 a home in which there is space for Tharindhu and his parents to have separate rooms, as well as a verandah-cum-living room, a kitchen and a working, outside toilet. 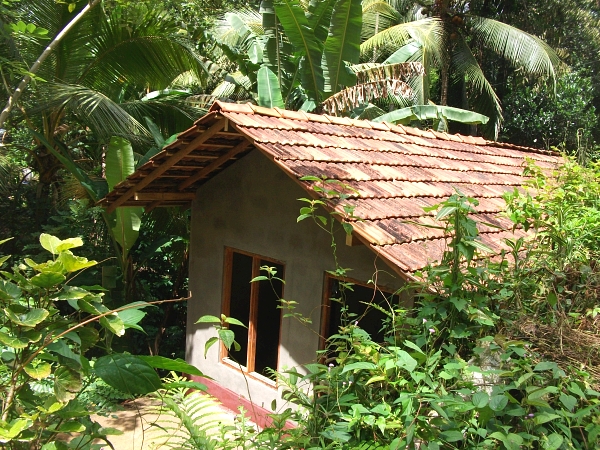 Health issues have also plagued the family. Both Tharindhu’s parents are severely physically challenged and Tharindu himself has a life-threatening condition, in which his malformed eye-sockets are placing worrying pressure on his brain. 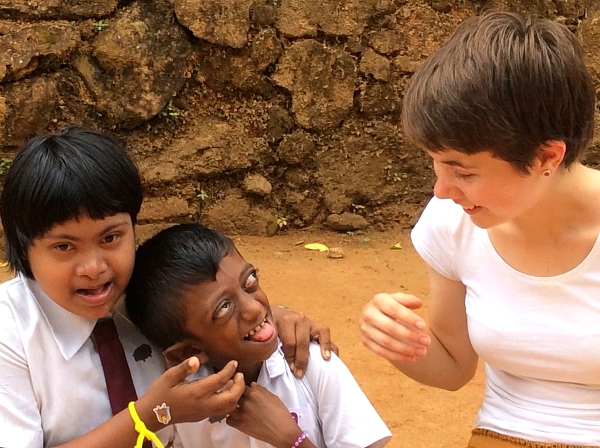 We covered the costs of the family to go to Colombo for Tharindhu to have an operation … only for the hospital to turn them away. Their next appointment is in December and we are determined to ensure he gets the medical care he so desperately needs.
In the meantime, we shall do our best to make his new home a dream home.