In early July 2010, twelve sixth formers from Brighton College, together with three College teachers spent two weeks volunteering at six of the Extra Cover schools. The very day after the end of their summer term, the pupils (six boys, six girls) flew to Colombo and travelled down to Unawatuna, their base for the first week. 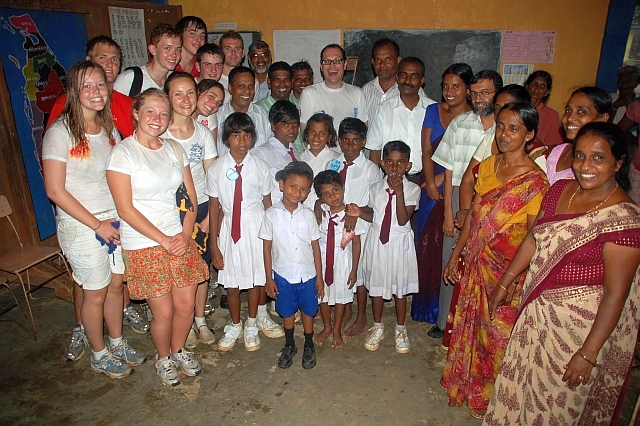 The day before the Brighton College students were to turn up, Fr Robert and Newton met the principal of each school to ascertain precisely what each school would like the volunteers to do. The requests were many and varied:

At the small and comparatively gentle Pathawelivitiya school, we painted chairs and tables, sang songs, played games and visited some of the parents. 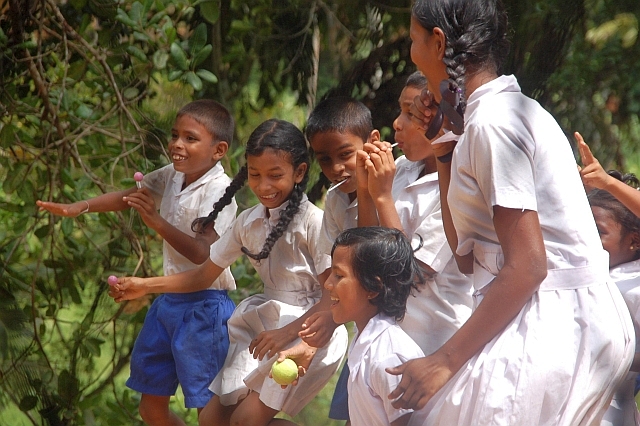 Extra Cover’s version of “Changing Rooms” took place at Mahalapitiya School. Over 48 hours, a tatty classroom was converted into a shiny new resource centre. We painted the walls, blackboards, window grills and furniture, we repaired dangerous holes in the floor and, as a finishing touch, hung brightly-coloured instructional posters throughout. A couple of the students who were heading off to art school taught the children some basic photography.
Bemboda School had a similar makeover; blackboards, grills and all the tables were painted (bright blue and pink) and games (including the ubiquitous cricket) were played. A whiteboard was bought to replace a broken blackboard in one of the senior classrooms. 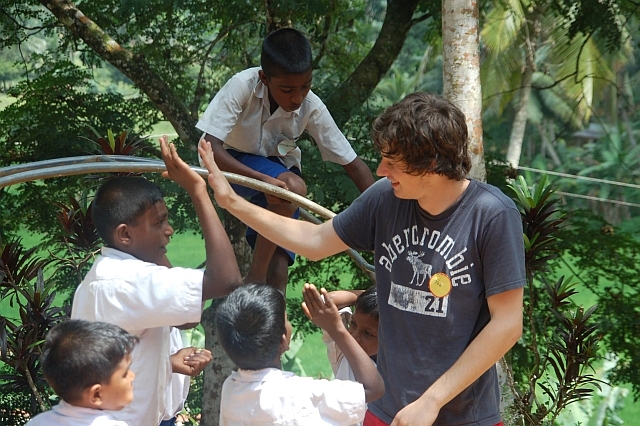 Brighton College teacher Mrs Hawkes led English classes at Nawala school and amazingly produced a performance of Shakespeare’s “A Midsummer Night’s Dream”. The week ended with a cricket match between Brighton College and Nawala School. The whole village turned up to watch, and a huge curry lunch was prepared for the entire community. To pounding music, the game was played on Nawala’s unique cricket pitch – where any firmly hit ball into off side ends up in the jungle and scores a six. As expected, Nawala School absolutely thrashed the “International XI”. 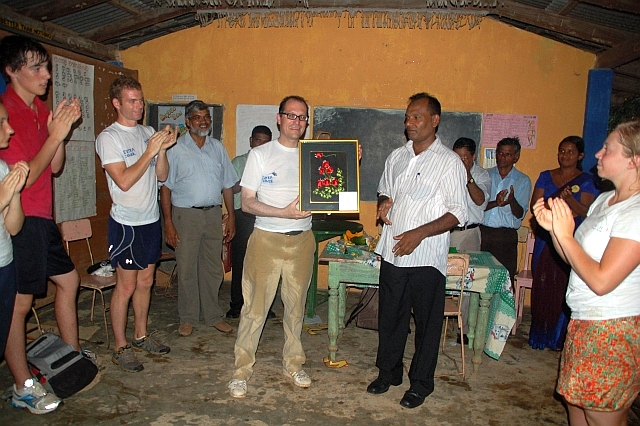 During the second week, the College pupils were based at Mirissa, and worked at Nakanda and Polwatta Schools. A room at Nakanda School needed significant repair to prevent bats from entering it at night, and so some of the team bought wire netting and nails and, under the watchful eye of Mr Hawkes, spent two days clambering in the ceilings making the space “bat-proof”. Other pupils painted a huge mural on the front wall of the school. 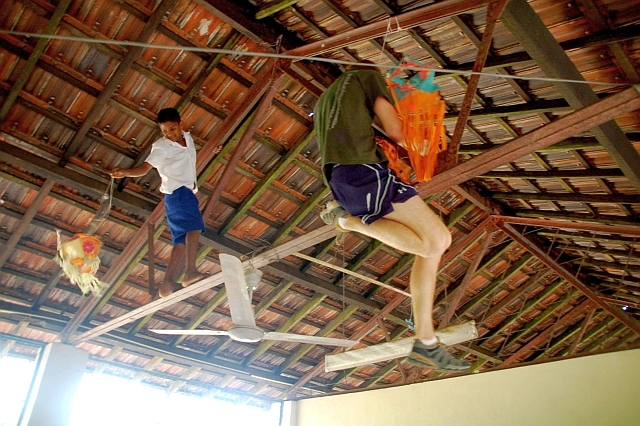 (Health and safety Mr Hawkes!!)
We cleared and dug up a large expanse of scrubland at Polwatta school and planted an orchard of mango, tangerine, wood apple and banana trees. We cleaned walls, sang silly songs and painted yet more chairs and tables. At the end of the two days, Polwatta hosted two sports competitions – in netball and cricket – and, as before, the international teams (there were pupils from Italy and Estonia as well as England) were no match and lost heavily, amid much hilarity.
Before flying back to the UK, the group spent a couple of days sightseeing, the highlights being a climb up Sigiriya Rock and an elephant safari.
The benefit of the trip was considerable – the Extra Cover schools, of course, got some much valued free help, and their pupils were able to interact with young people from overseas. Perhaps more telling, however, was the extraordinary impact the trip had on the Brighton College students. A couple were desperate to return to Sri Lanka this year. Some changed their Gap Year itineraries in order to carry out similar work around the world. All were deeply moved by their first experience of “doing” raw, frontline charity. A second trip is already booked for 2011. 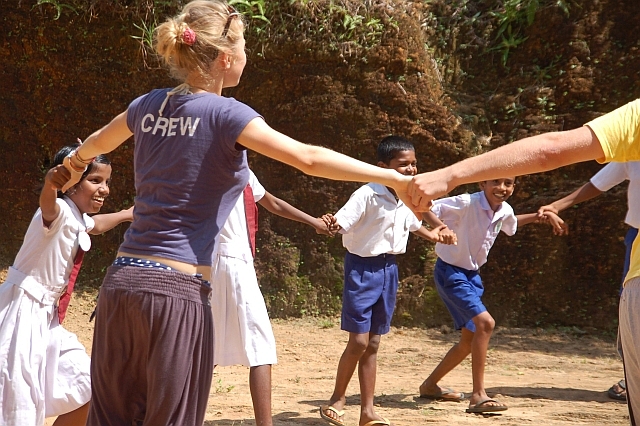