To the casual observer, the newest classrooms at Navungala and Panangala schools in the Galle Education District look no different to any other. There are the standard-issue tables and chairs and there are the examples of the pupils’ work pinned to the walls. There is the plastic-covered register wilting in the heat on the teacher’s desk and there are the brightly-coloured school bags hanging on hooks near the door.
But any closer inspection will reveal something really rather special. The pupils. The pupils all have special education needs. 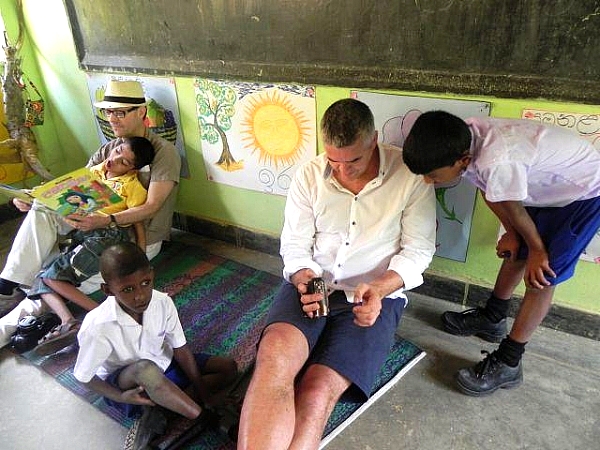 In what is something of a first in the area(in all our travels we have certainly not come across anything similar) children with learning difficulties are attending state schools specifically tailored to their needs.

Thanks in no small part to the efforts of Mr H.G. Chandrasiri, principal of Nawala School (which Extra Cover has been involved with for more then five years) these two SEN units were opened in January 2014.
The arrangement is simple. The Sri Lankan government funds the costs of the specialist teacher. Extra Cover pays for everything else – the teaching assistant, all the classroom resources (stationery, posters, toys etc), transport for the pupils to and from school (via tuk-tuk), uniforms, food and modified toilets. 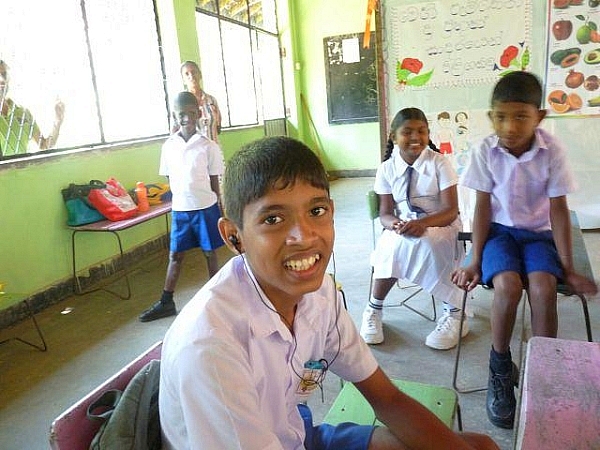 The Special Education Unit at Navungala School (where, amongst other things, Extra Cover pays for breakfast for the all the “mainstream” pupils, installed a fence and has repaired a stairway and playground equipment) currently has twelve children. Some have Down’s Syndrome, others are on the autistic spectrum while others have cerebral palsy.
Eight have never been to school in their lives before.
During our visit there in February 2014, we met the most wonderful children, all of whom were so excited about “their” school. The story of twin brothers Hayshan and Hashan is presented on a separate page. The classroom was pretty bare when we arrived and we determined from the teacher what other resources were most desired. Accordingly, over the next couple of days, we brought in Pampers, pens and pencils, mattresses, plastic toys, exercise books, drawing pins etc and purchased a CD player and a metal storage cabinet, to be delivered later in the week. 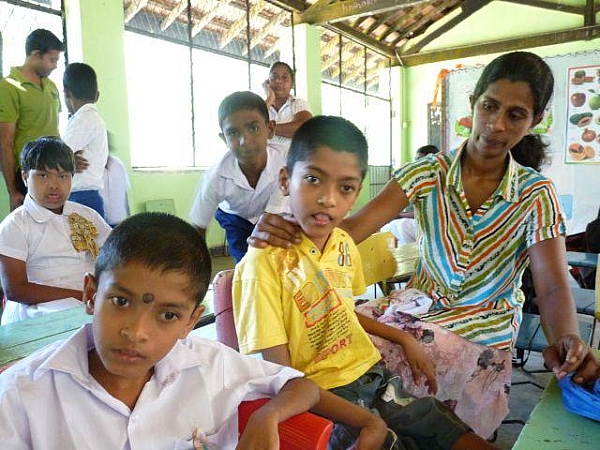 To the Northeast of the Galle Education District, near the town of Udugama, lies the village of Panangala. The new unit for SEN children in the school there isn’t hard to spot … it is a very bright pink.

To enable children with mobility issues (as well as learning difficulties) to come to school, Extra Cover has paid for a fifty-yard long, six-foot wide access road to be built, and for a modified toilet to be installed “en-suite” to the classroom.
The pupils here have a range of learning difficulties, and their pleasure at being at school is palpable. Music is an essential ingredient in their education and, as for Navungala, our visit in February 2014 resulted in the purchase of a CD player.
Every time we visit Extra Cover schools, Matthew Jill and Robert experience at least half a dozen “only in Sri Lanka” moments. Buying the CD player was one such event. Four highly-educated professional men (two school principals, the ‘zonal director for non-formal education’ and Newton) spent at least half an hour weighing up the merits of the only CD player for sale in a nearby shop. Finally, mercifully, they agreed to buy it.
We also bought a metal cabinet to store the player, exercise books and other valuable items. 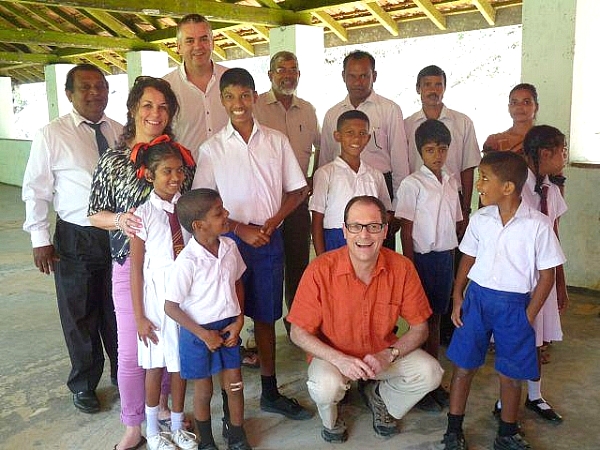 The venture into providing education for children with learning and physical difficulties is a pioneering one, and will be a steep learning curve. How we measure the success of the two schools (how do you value the immeasurable?), how we pay for the schools’ “school buses” – tuk-tuks travelling some 60km each day – and how we prevent ourselves from becoming too personally involved in the lives of these lovely, caring, vulnerable kids – the marginalized of the marginalized – is going to be an interesting challenge.
But there is no doubt that what Extra Cover is doing at these two SEN units is powerful, life-affirming and life-changing … and not just for the pupils.