The Sri Lankan education authorities classify certain schools as “difficult” – referring primarily to their accessibility – and “Upper Homodola” is amongst them. And with good reason. The only way to get there from the market town of Udugama is by tuk-tuk, lurching up the side of a large hill for some thirty minutes (on a dry day), negotiating boulders and patches of road that have been washed away in the most recent rains. 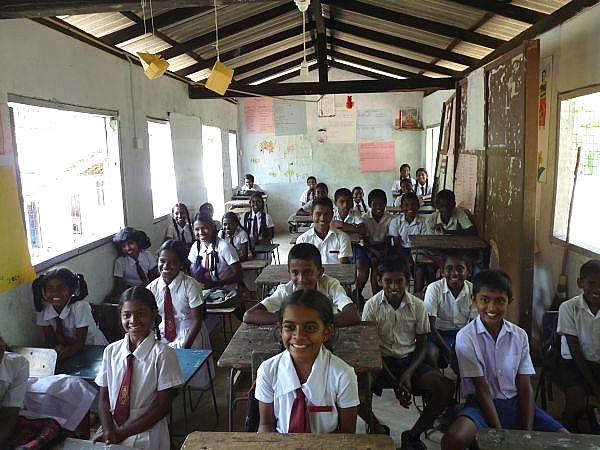 The school itself is basic; in effect two large buildings, and when Robert visited there this July he immediately noticed that there was no playground equipment. Unusually the school goes only up to Grade 8 (approximately age 13), with only the most able finishing their education at a “senior school” down in Udugama. The other children, it is understood, find employment on the plantations. Many of the children live in “line-houses”, very basic accommodation from the days of British imperialism, and indeed the whole village had an air of being stuck in something of a time warp. 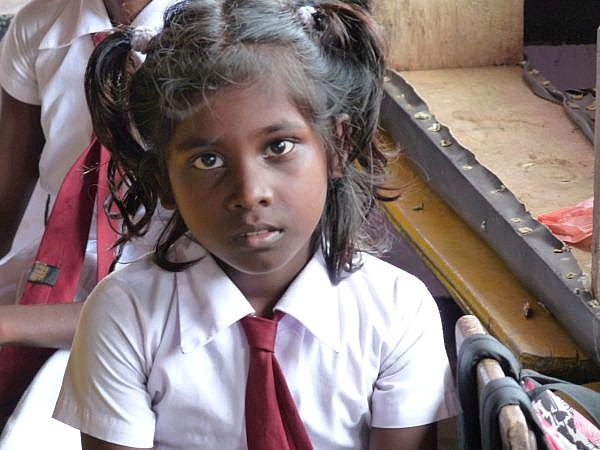 As is so often the case, the principal, when asked, revealed that many of his pupils arrive without much food in their stomachs, and Robert immediately agreed that Extra Cover would fund a daily “meal” for the entire student body, comprising just over 100 pupils. In the knowledge that some of the region’s most deprived children will soon be better fed, the teeth-jarring and bone-rattling journey back down the hillside was no difficulty at all.